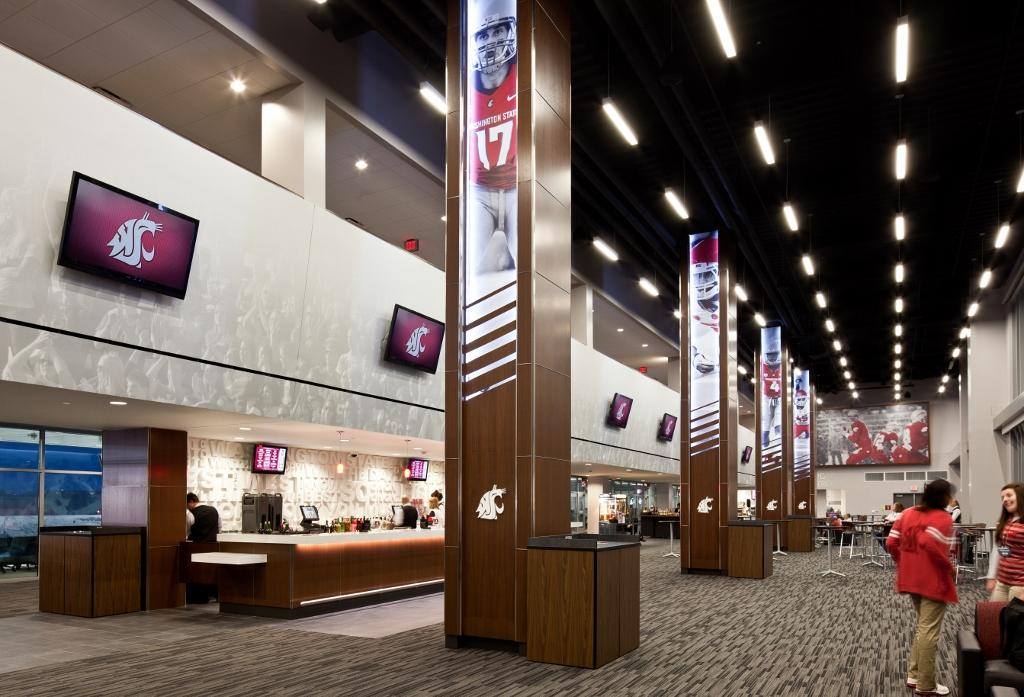 The Washington State University Board of Regents gave approval on November 16, 2012 for a $61 million football operation building to be constructed. The construction process began on November 25, 2012 with completion in June, 2014.

In 2013 Danielle was lucky enough to work on the production design package for Washington State University as they rebuilt the Cougars’ football stadium in Pullman, WA.

Their new stadium encompasses 75,000+ sq.ft over four floors, and they desired custom signage that incorporated and artistically highlighted over 100 years of their football legacy. WSU has a proud history, and the signage that we co-created is a beautiful testament to their traditions, successes, and accomplishments.

This design package was incredibly large and complex, as it encompassed exterior illuminated letter sets that were 15’ tall in three locations, exterior letter sets within the stadium, and dozens of sign types that included custom woodworking and lighting on the interior support columns, changeable banner frames that spanned the entire length of walls, a myriad of dimensional letter sets including their fight song behind the Cougar Bar, timelines that spanned the entire length of the stadium, logos, custom graphics and beautifully seamless wayfinding and ADA code required signage.

This client and package was unique, in that the timeline was about 2 years from start to finish. From breaking ground to final installation we completed dozens of site surveys to stay apprised of changes within the contractors design scope, and to prepare completely for the production and installation phase. I ran the design portion of this job from Seattle, WA, and the job site was 5 hours away in Pullman, WA. This was not always an easy job, but this was a job from which we learned many important lessons. The constant communication from job site to design desk was of the utmost importance and we carry that with us on every job, no matter the distance.

Just the design time on this project was hundreds of hours, production was hundreds of hours, and travel time the same. But this package is one of the most impressive, beautiful jobs that Danielle has ever had the fortune of working on. Our client was fantastic, the GC and other trades more than helpful and accommodating as we had to work together closely. One example was the custom mounting details needed within the building structure that were necessary to mount the large channel letter sets: these mounting brackets had to be perfectly placed by the GC during construction so that once the cladding was on the building we could install the 15' tall WSU logo letter sets with no issues. These details have to be perfect, any deviation from my design set and the footings would not couple correctly and we would have been left completely re-making these signs.

This job was challenging, but ultimately one of the most rewarding projects we have ever worked on. The reception from an entire university, faculty and students, the athletes and coaches was incredible! We truly created something magical together, and this solidified our love of working with colleges! 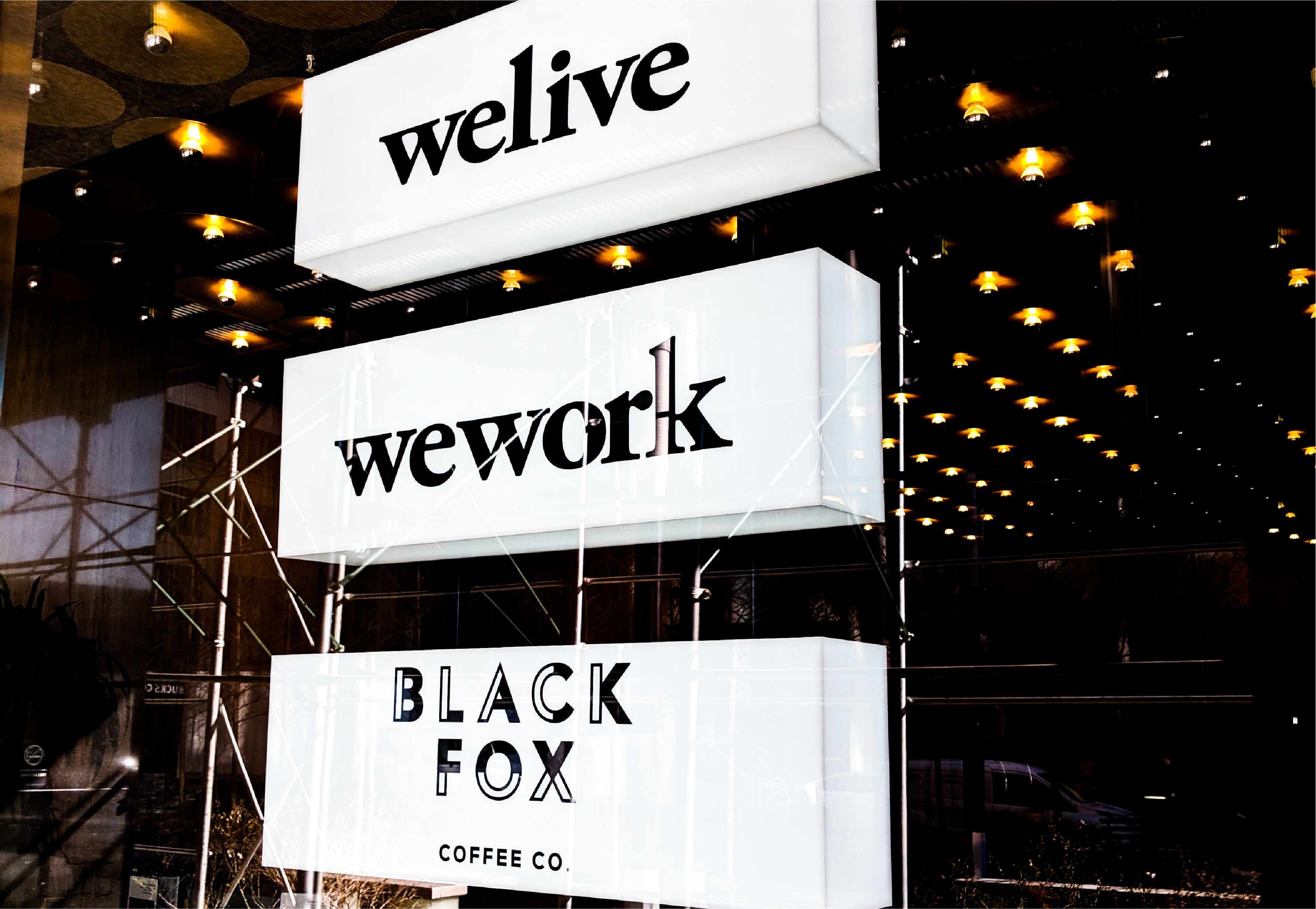 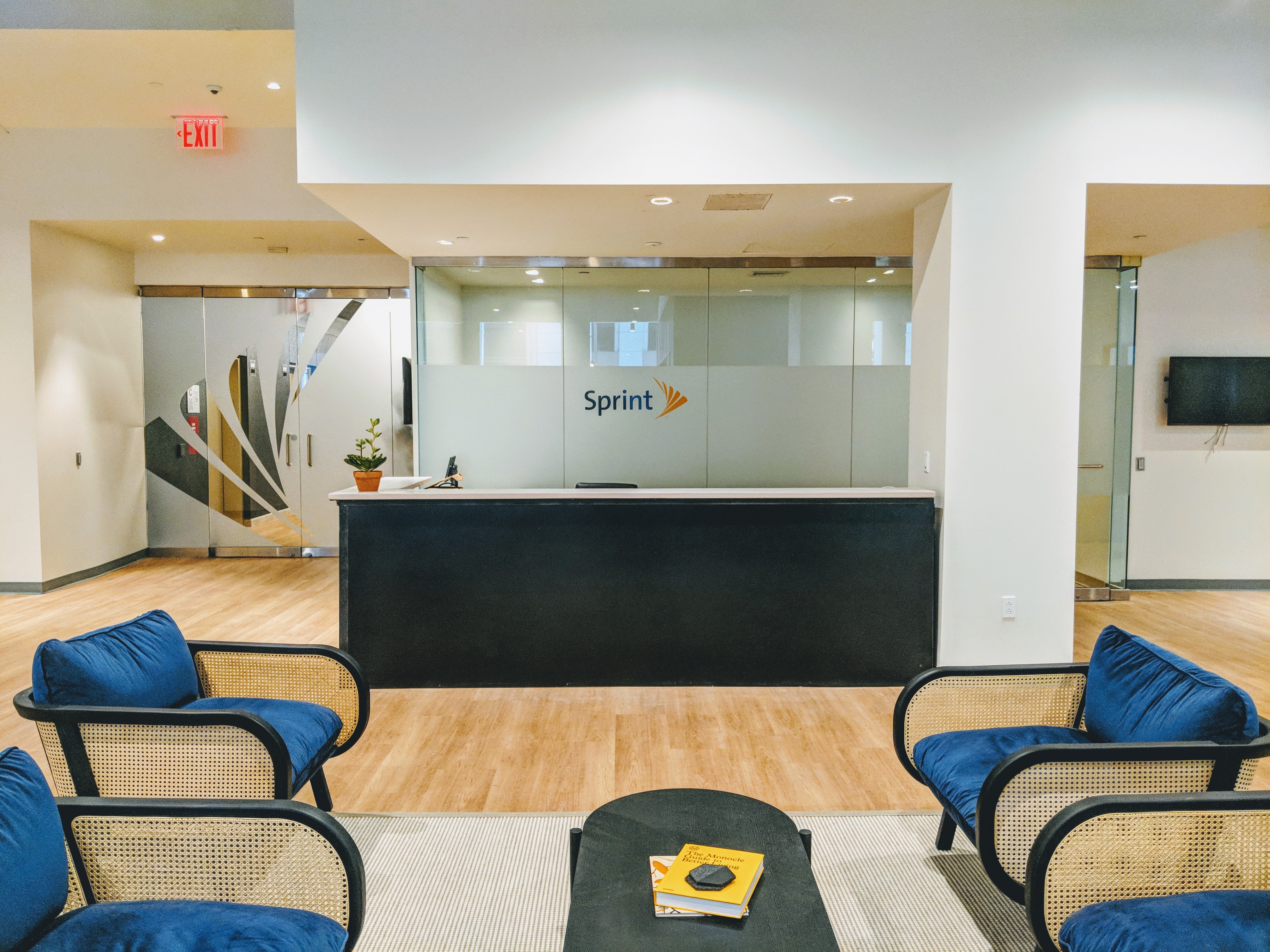